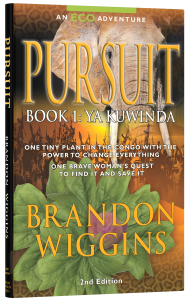 Harper’s face was pressed against what remained of the window. The wind coming through the jagged hole offered a welcomed breeze.

Again she was lulled, but this time with a profound sense of despair. Only her father’s words from long-ago broke through:

Pruning is perhaps the most important aspect of horticulture. In the horticultural world, we try to mimic nature. In the natural arena, there are frosts, drought, stampedes, insects, constant nibbling by creatures, viruses and bacterium and any number of possible assaults to decimate foliage.

This is by far the hardest thing for most people. It is difficult for them to ‘hurt’ the branch or cut away part of something that is living. The result is that much energy is spent on unhealthy parts that should have been removed.

In nature, the weak and unhealthy are eliminated without a hesitation. Pruning, and I mean hard pruning, enables the root and stem structure to become more established, thus retaining and distributing nutrients to the healthy parts of the plant. The plant on the whole has a chance to regenerate itself without the burden of the old and diseased material.

The most important thing to do in your life is diligent pruning. Cut off damaged parts that hold you down and take energy away from your growth. It is imperative your expenditures are directed to healthy endeavors. And when I say ‘hard pruning,’ Harper Morgan Smith, I mean not only do you need to cut hard, cutting away the damaged parts and disposing of them entirely, I mean it will be hard to accomplish. It will take a great deal of perseverance, and perhaps reliving the hurt, in order to rid yourself of the burden.

But it will be worth the pain.